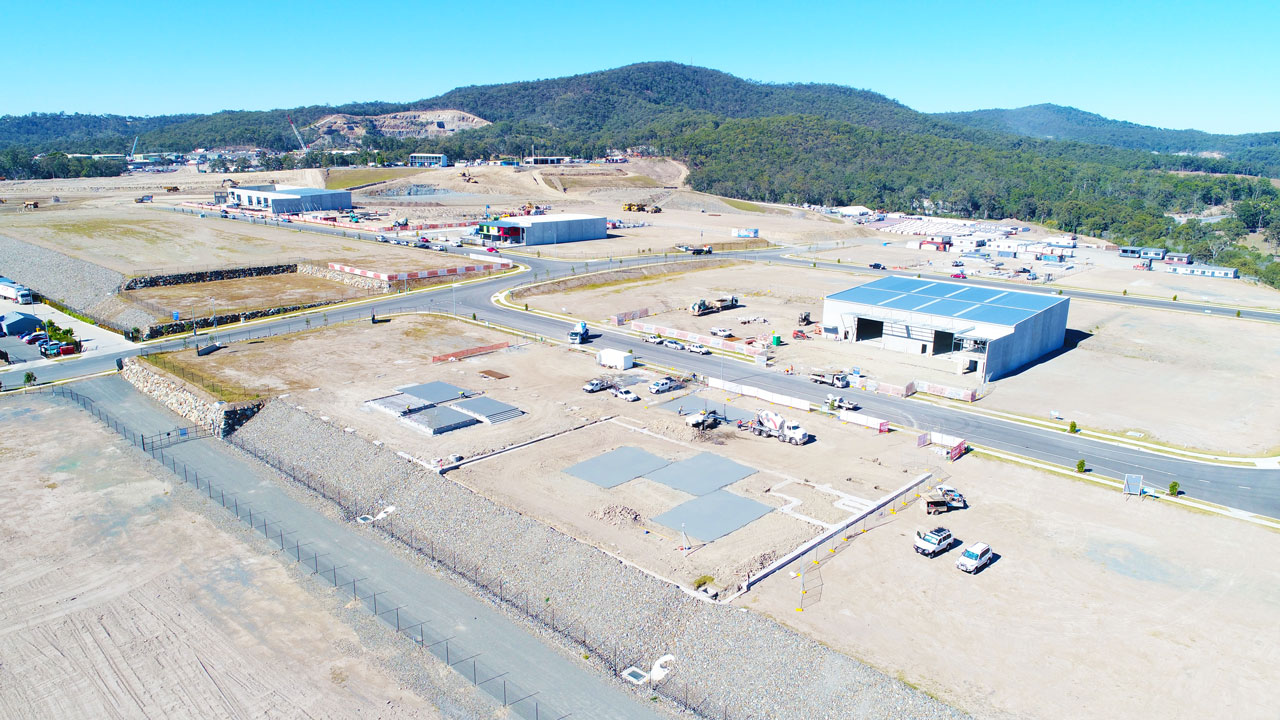 GOLD Coast company Black Diamond Building and Con­struction has spent $3.3 mil­lion on blocks at the Empire Industrial Estate in Yatala to tap into soaring demand for turnkey warehouses.

Two 2200sq m lots were bought in stage four, where construction of a 1357sq m warehouse is under progress, and three further blocks were purchased in stage five in­cluding two set to host pur­pose-built warehouses.

Buildings have been de­signed for the two earmarked lots to accommodate a com­mercial kitchen and cafe and a commercial carpet and flooring company and are set for completion next year with an end value of $5.6 million.

Black Diamond Building and Construction director Steve Jakic said he has com­pleted a number of projects in the area and sees Yatala be­coming a super hub.

“Empire Industrial Estate has the capacity to accommodate some 250 buildings, so we are getting in on the ground floor and creating some of the first warehouses in what will become the Gold Coast’s largest industrial es­tate,” he said “Our first projects have been spec builds, because we can see there is solid demand for quality turnkey warehouses that allow businesses to simply move in and start production with minimal downtime.”

Empire Industrial Estate is being rolled out on a 127ha site with frontage to Peachey Rd Family-owned company the Stephens Group is devel­oping the estate on land formerly home to Darlington Park International Raceway. A flurry of sales has en­couraged the Stephens Group to roll out the release of stages five and six early fol­lowing a sellout of stage four.

Stages five and six feature 28 lots ranging from 2100 sqm to 11,ooosq m. Developer Tony Stephens said this year is shaping up to be the most successful to date.