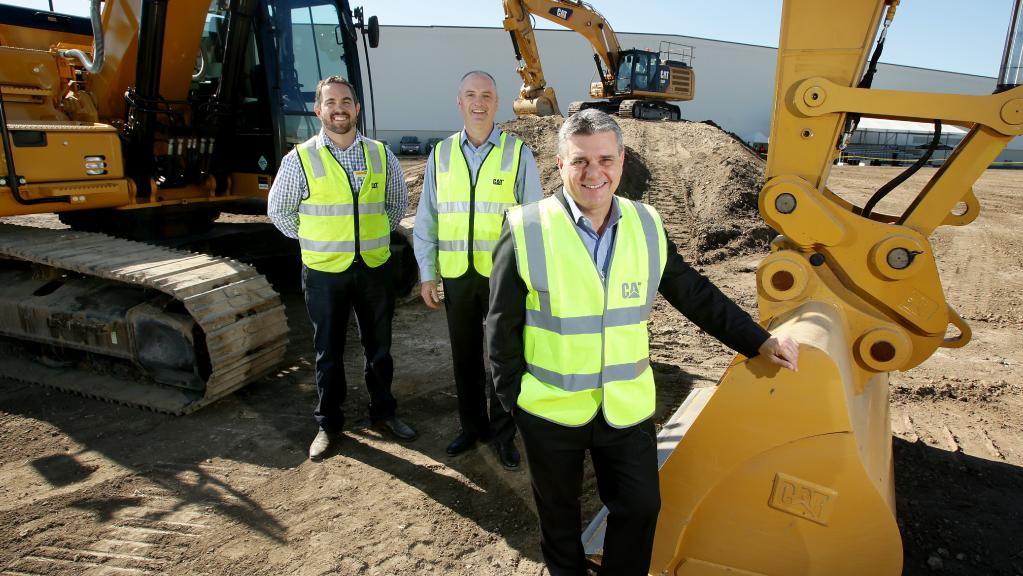 HEAVY equipment giant Caterpillar has made a $130 million investment in the future of Queensland mining and construction with a new southeast Queensland distribution centre big enough to store two jumbo jets.

The official opening of the 56,000 sq m centre — equivalent to 14 football fields — at Yatala on Friday has been cited as a vote of confidence in industries still reeling from the mining slump.

US-based Caterpillar is seen as a global barometer of business activity, with healthy sales of its earth movers, dump trucks and graders seen as a sign of an uptick in the economy.

Globally Caterpillar sales declined in the first quarter of 2016 with substantial reductions in construction, oil and gas, mining and rail equipment.

Caterpillar facilities manager Paul Athey said the company took a long-term view of the state’s economic prospects, with planning for the centre starting four years ago.
“We are looking 20, 30 or 40 years ahead and this centre is part of the platform in place to support our business,” Mr Athey said.

The centre, which has a capacity to hold up to 220,000 parts, employs 150 people responsible for shipping everything from a small rubber washer to an 18 tonne engine.
The main destination for parts will be Hastings Deering Cat dealerships throughout Australia, New Guinea and the Pacific Islands.

Hastings Deering had a record year in selling building construction equipment last year, including 400 Caterpillar excavators. Other sectors were more subdued.
The new centre will be called upon to supply an increasing number of sophisticated parts as Caterpillar builds more machines with hi-tech functions.

“This is about optimism in the future of the state and building great infrastructure and other projects,” Mr Hinchliffe said.