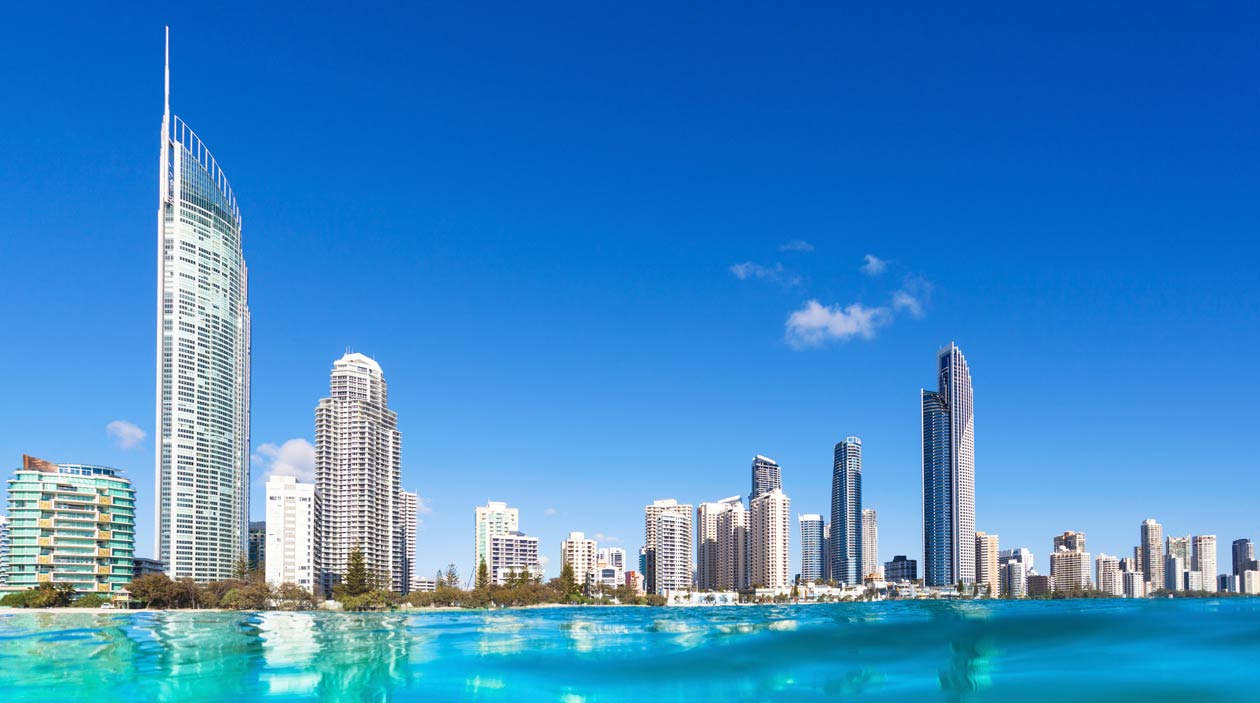 THE Gold Coast is facing an economic boom and billions of dollars of investment as developments galore are proposed or are already rising from the ground.

With more than $13 on the books, ANDREW POTTS examines will underwrite the city’s post-2018 Commonwealth Games prosperity.

A $1 billion industrial estate in Yatala which is being positioned as a major hub of activity in the city’s north.
Under construction on the former site of the Bullen’s Lion Safari Park and Darlington Park International Raceway, new roads are being built to provide greater connectivity to it, and other hubs of development in the city’s north.
The Bulletin understands major international companies are eyeing off locations for local headquarters at the estate.

On track to become the southern hemisphere’s tallest building, the $1.2 billion Spirit tower is fast becoming a reality.
Set to stand at 89 storeys, this Surfers Paradise beachfront supertower is expected to have a high-end shopping centre in its podium and multiple infinity pools.
Developer Forise is expecting to open the project, on the former Iluka site, by 2020.

The $37 million first The $37 million first stage of the Evandale development is already taking shape and is expected to open early next year.
At its heart is a stage and amphitheatre performance venue and art gallery. Further stages will follow the 2018 Commonwealth Games, including the colourful arts tower.

Gold Coast residents got their first look at the Broadbeach to Burleigh Heads light rail link this week after it was unveiled by Mayor Tom Tate.
The $600 million link is currently the topic of a feasibility study and civic leaders expect funding to be committed in next week’s stage budget.
It will feature seven stops as it travels along the Gold Coast Highway and is expected to open in 2021.

THE Mayor’s controversial plan to build a cruise ship terminal off The Spit has raised a few eyebrows.
But if he is successful in securing approval from the State Government, supporters say the project could provide a big economic boost for the city.

A $3 billion project earmarked for a site on The Spit, it has proven as equally controversial as the cruise ship terminal.
Expected to feature up to five towers, ASF’s detailed proposal will go before the State Government later this year.

7. ORION TOWERS
Spirit’s reign as the Southern Hemisphere’s tallest building could be brief, with this Surfers Paradise project set to tower over it.
The 103 and 76-level two tower development was approved by the Gold Coast City Council this month despite opposition from locals and councillors.
Orion, its Melbourne based developer, welcomed the green light and are expected to push ahead with the project over a 10-year period.

The tallest tower ever proposed for the Gold Coast, the race to the sky continues with the Imperial Square, a four building Southport project put forward by developer Azzura.
Featuring everything from a retirement village to the world’s tallest waterside, one of its towers has already been given the tick of approval by council.

Locals pleaded for it and finally the state and federal governments brought home the bacon this year. The M1 will be widened between Mudgeeraba and Reedy Creek as part of a $500 million roads package.
The work, set to begin next year, is just the beginning, with the push now on widen the M1 all the way to the border.

The casino formerly known as Jupiters is taking on a new shape and expanding as part of a multi-billion masterplan.