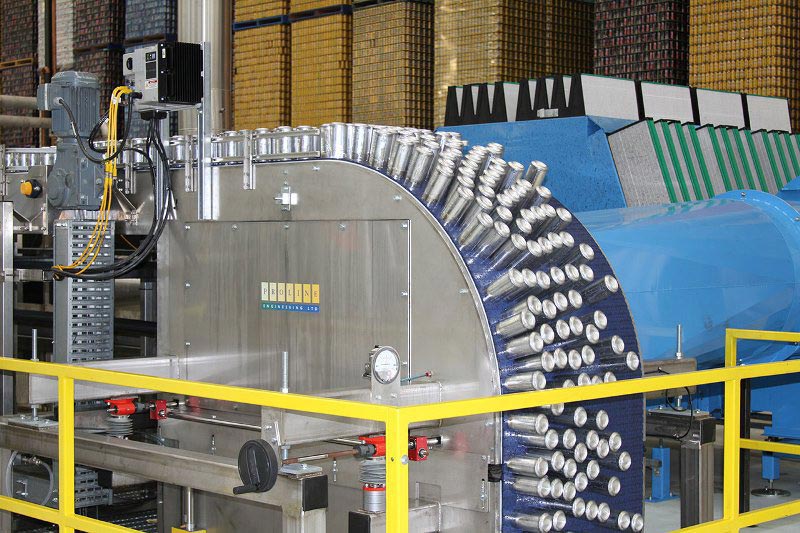 Yatala – The Future of Industrial Inovation

In years gone by, Yatala was known for its famous meat pies, its Drive-in theatre, and nothing much else – a popular pit stop for day-trippers between Brisbane and the Gold Coast’s beaches.

Now it’s an industrial precinct that thousands of vehicles drive past each day – and that’s exactly what makes it attractive to leading Australian companies with an eye on logistics: easy access to one of Australia’s busiest road transport corridors.

And beyond the well-known companies fronting the M1, including the iconic Carlton & United Brewery, Australia’s largest, and VIP Pet Foods, one of the world’s biggest producers of chilled pet foods, the YEA is home to a diversity of companies that manufacture and distribute across a range of sectors.

You can almost hear the roar of a racing engine over the motorway traffic.

In high-tech Yatala facilities, Erebus Motorsport employs 50 skilled staff, along with cutting-edge design and innovation that drive success on the race track.

“Logistically, and in terms of the specialised skill sets that are available here, Yatala is ideally placed to run a V8 super car racing team,” according to Erebus Motorsports CEO Ryan Maddison.

Coming from Melbourne and bringing AMG Customer Sports – the Mercedez-Benz performance brand – into V8 supercars through a merger with Stone Brothers Racing, the enthusiastic CEO was immediately impressed with the Gold Coast location, not to mention the calibre of personnel. As Stone Brothers Racing, the long-standing team has operated at Yatala since 1998. It enjoyed significant success in the mid 2000’s during the period when V8 racing based it’s organisation on the Gold Coast, and the city became a true hub for motorsport.

“We started with a team of 15, and it grew to up to 60 at one stage when we were doing custom engines for other people,” says team founder Ross Stone. “We’ve had a lot of success, winning three V8 championships.”

That winning formula attracted a global giant like Mercedes to get on-board with V8 racing and Erebus Motorsports, who also compete in the GT racing series.  Debuting in 2013, the team did the almost-impossible to get three cars onto the grid, barely three months after being given the green light to proceed.

“It was no mean feat,” says a proud Maddison. “You couldn’t ask a team to do what they did, basically building the cars from scratch in such a short space of time and we’ve said internally that we don’t think it will be replicated.”

With a race win under their belt in the 2014 season, the future is looking good for Erebus, although success is a constant story of innovation.

It’s a similar story of innovation and reinvention for the longest established team in Australian motorsport – Dick Johnson/Wilson Security Racing. Also based in Yatala, the iconic team takes its name from five-time Australian Touring Car champion and three-time Bathurst 1000 race winner Dick Johnson. Along with a purpose-built workshop, which is open for tours by appointment, the facility includes the Dick Johnson Museum, home to an incredible range of motorsport memorabilia.

And just a few kilometres down the road in the YEA precinct is PWR Performance Products – high-tech manufacturers of cooling systems for the world’s leading race categories including F1, NASCAR, V8 Supercars an the World Rally Championship. The award-winning company evolved from the privateer V8 team, Paul Wheel Racing, founded by Kees Wheel and son Paul, who crashed out of racing in a spectacular collision at Bathurst in 2008.

PWR took out the 2012 Australian Exporter of the Year (small to medium business), for excellence and innovation, reaping the rewards from dedicating around 7percent of revenue to R&D, including investing in a state-of-the-art wind tunnel testing facility.

Also purpose-building a facility, rival Zacpac is the area’s newest addition, opening an 8000sqm corrugated and custom cardboard box factory in a newly-developed estate early this year. After establishing a Queensland customer base through a rented distribution centre at Helensvale in 2010, the Sydney-based national company looked to Yatala when it wanted to expand its footprint into manufacturing.

“Logistically, the highway proximity is a big advantage, but the kick-start funding from City of Gold Coast was also critical in our decision, along with the opportunity to have brand new services, which has helped us design a state-of-the art environmentally friendly facility,” says Queensland Operations Manager Richard Rennison.

“We are energy and water efficient and have our own on-site water treatment plant, and our environmental credentials assist us in dealing with clients like Colgate, Nestle, Woolworths and locally Sirromet Wines.”

When it comes to eco-efficient manufacturing it is hard to go past Carlton and United’s Yatala brewery, the iconic fixture of the YEA. Beginning life as the old Power’s brewery in the late 1980’s it’s now a brewing giant, the equal largest in Australia. The facility uses just over 2 litres of water for every litre of beer produced, around half of what leading international brewers use, and is the most water-efficient brewery in the global giant SAB Miller Group.

The YEA also boasts Australia’s first fully-certified industrial eco-estate. Developed by industry pioneer Bruce Mitchell, the 4.2 hectare estate was completed in 2010 and has won some 17 awards.

And development continues – from Caterpillar’s giant 60,000sqm warehouse, to Australia’s largest and newest mushroom farm (under roof in a 1.1 hectare temperature-controlled growing facility).

For location, innovation and environmental leadership, it seems Yatala is leading the way in the industrial landscape in Australia.