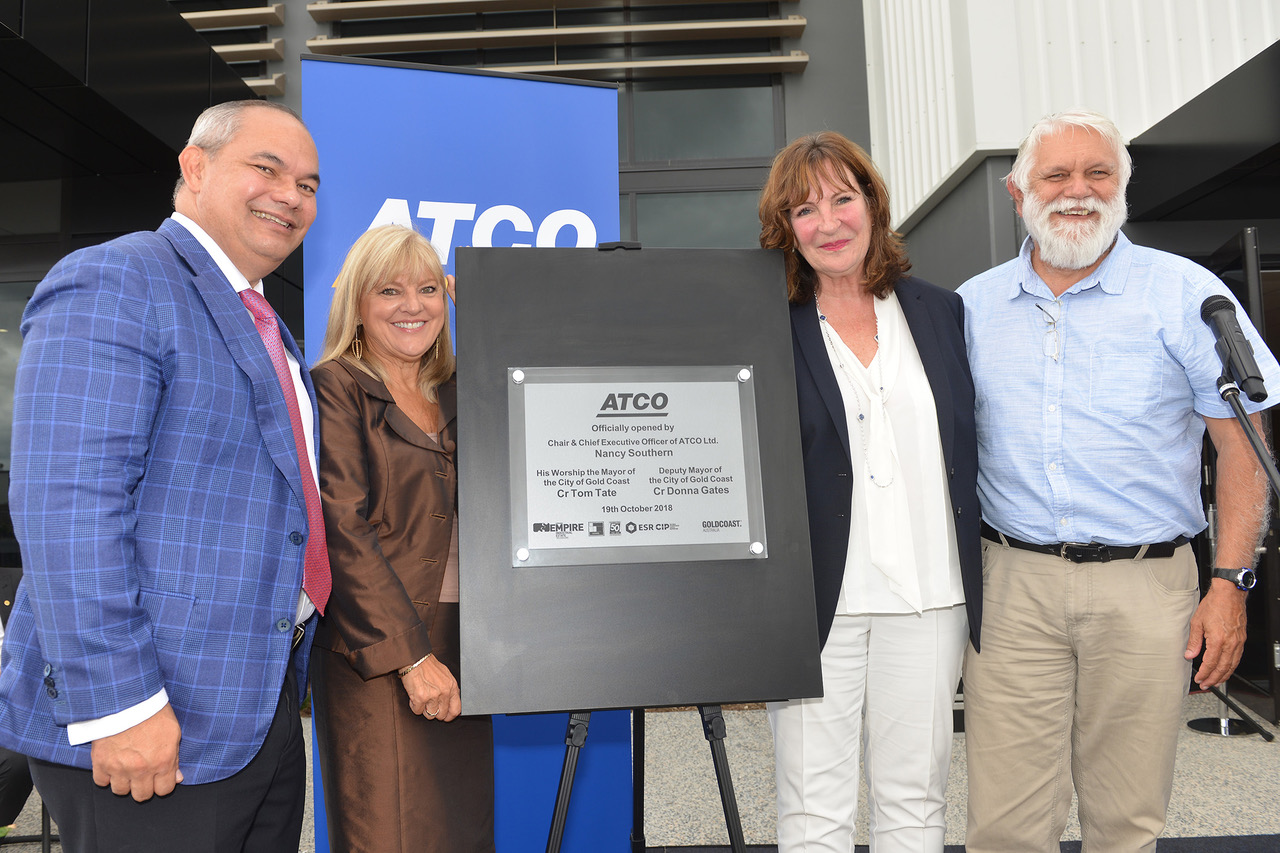 The Canadian-based company will officially open the doors to its massive 70,000sqm manufacturing plant and hire yard this week (Friday, 19 October), providing ongoing employment for more than 150 workers.

The $32 million facility has been built by national property development group, Commercial and Industrial Property (CIP) on a 7 hectare  site with a total of 9,175 m2 of building area including office, warehousing and assembly and maintenance, as well as additional pavement facilities containing two hardstand sections, car parking and a leasing yard.

The facility is being leased to ATCO on a ten  year lease, with two five year options.

ATCO is one of a string of major international and national businesses to join the 127 hectare Empire Industrial Estate, the largest zoned industrial precinct on the Gold Coast and located in the fast-growing Yatala Enterprise Area (YEA).

The opening of its facility follows the $130 million investment by the world’s largest construction equipment manufacturer, US-based Caterpillar, in a 56,000sqm distribution centre in the estate in January 2014, and a $20 million purpose-built facility by Australia’s largest independent specialist sensitive freight carrier, Cope Sensitive Freight, in December 2015.

Being progressively developed over a decade, when complete Empire Industrial Estate is expected to comprise approximately 250 buildings, provide 5000 jobs and result in a billion dollar financial injection into the Gold Coast economy.

The Stephens Group is gearing up to launch the seventh stage in the coming months, with stages one to three complete, stage four sold-out and under construction and just seven lots remaining across stages five and six, where construction is also underway.  A total of 10 stages are planned.

“Empire Industrial Estate is by far the largest of its kind in this area and is appealing to these major companies wanting to build large-scale distribution or manufacturing centres in a highly accessible location,” said The Stephens Group director Tony Stephens.

“Strategically, it makes a lot of sense and with the Queensland economy underpinned by major industries including mining, construction and manufacturing, South-East Queensland is increasingly being seen by businesses both off-shore and within Australia as an important investment hub.”

ATCO managing director structures and logistics, Michael Clennett, said the development of the new facility was part of the business’ growth strategy, and would complement its existing plants in Victoria and Western Australia.

“It will mean fantastic coverage for the growing demand of our products and services across Australia and Oceania,” he said.

“By creating an expanded modern facility, we will be able to meet the needs of our customers in traditional markets such as mining and construction, and also service emerging markets within the health, education, justice and commercial sectors.”

“We specifically chose the site for its proximity and access to distribution networks including road, rail and port as well as the capacity to draw on an established supply chain infrastructure and workforce,” said Mr Clennett.

ATCO’s new facility will service operations across North, Central and South East Queensland as well as Newcastle and Sydney in New South Wales.

“The estate has attracted everyone from major corporates like ATCO and Caterpillar, to national companies such as Cope, and fantastic state and local businesses,” said Mr Stephens.

“Having that mix of industries, uses and sizes is important to us. It is what makes Empire Industrial Estate a diverse and exciting place to base your business and to come to work – and that’s certainly the feedback we have received from those already operating here.”