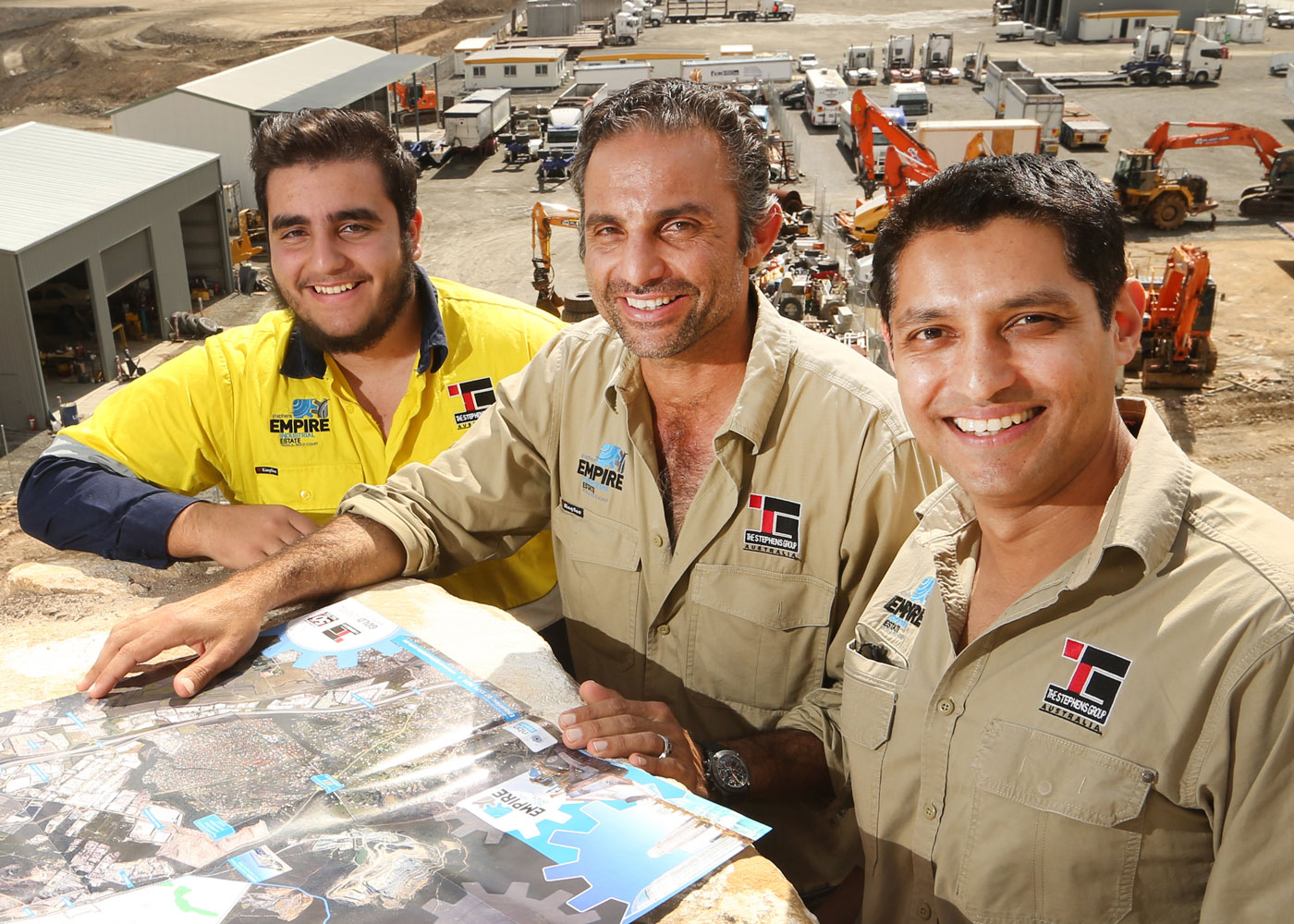 THE family behind the Gold Coast’s largest estate of its kind — Empire Industrial Estate — plan to expand after three successful years attracting companies to the Yatala site.

The estate is taking shape on a 127ha site off Peachey Rd, previously home to the $102 million Darlington Park International Raceway.

Anthony (Tony) Stephens bought the property in the 1980s and built the raceway.

When he died in 2005 his sons, Tony, Phil, and Henry, took up the reins of the family company the Stephens Group and 10 years later launched Empire Industrial Estate.

The raceway had to be shut in 2005 after failing to meet council-imposed noise restrictions.

Eldest son Tony said the first three years developing the estate, which can accommodate 550,000/sq m of building space in its 10 stages, had been a huge learning experience.

“We had a 10-year plan when we started,” he said. “I think we’re going to beat it. I reckon we might come in under six or seven years — only because we’ve got the love of all the big distribution guys now. When we talk to them they know where we are.

“We have learnt more about approval processes — I’m thinking about writing a book, ‘Developers for Dummies’.”

Mr Stephens said the company had worked hard to change perceptions about how far Yatala is from Brisbane and the Gold Coast.

He said that had been the case with attracting COPE Sensitive Freight to Empire.

The company, which moved into a 10,800/sqm facility at Empire in 2016, was a coup for the Stephens Group and came after Caterpillar Logistics established the first facility — a 60,000/sqm warehouse on 20ha.

“We fought really hard to get Caterpillar here,” Mr Stephens said. “We pitched for COPE later. They initially said it was too far out, but that view changed.”

The latest addition to Empire is ATCO Australia, part of the Canada-based ATCO Group, which specialises in temporary and permanent workforce accommodation villages and construction villages. ATCO is putting the finishing touches to 8000/sq m of floorspace on a 7ha site where it is consolidating seven of its southeast Queensland operations into one.

“ATCO has moved in. It was a long process to win them to the Gold Coast,” Mr Stephens said. “They have moved seven operations into one place, from Rocklea, Wacol, Crestmead, Stapylton and with us as well.” Mr Stephens said winning the ATCO operation to Empire involved storing a huge number of mining huts until the company was ready to move to the estate.

“We fought pretty hard and put the whole thing together. We spent a year of our lives annoying them to come to the Gold Coast,” he said. Mr Stephens said in the future the Stephens Group may redevelop old industrial estate in Molendinar, Arundel and Burleigh under the Empire brand.

“There is lots of stuff to redevelop down there.

“As the Gold Coast grows the old industrial estates just won’t be able to keep up.”