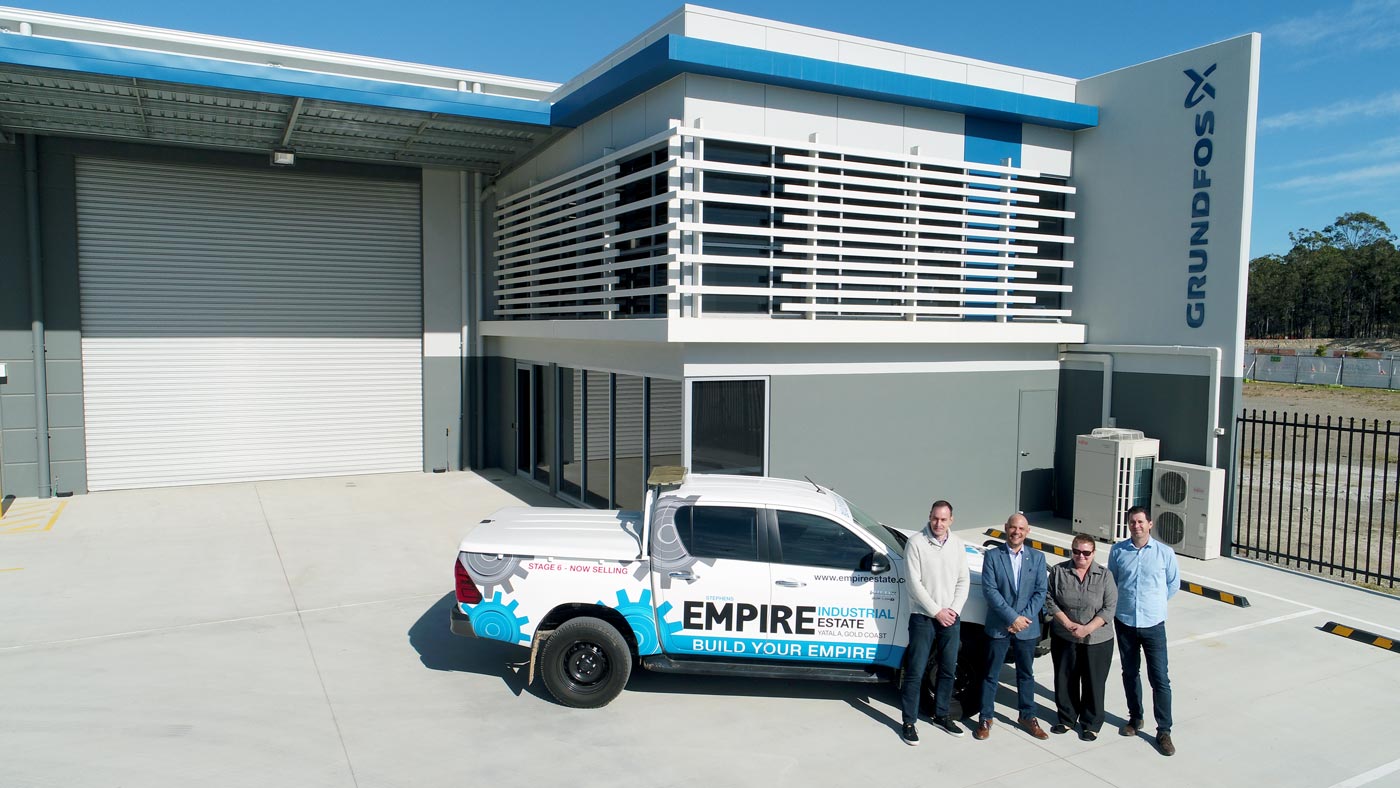 GLOBAL pump manufacturer Grundfos has moved to the Empire Industrial Estate in Yatala.

Grundfos operations manager Peter Passalacqua said the decision to move to Empire was based on the flexibility of the building’s layout and the location in a high growth area.

“The site is in a semi-greenfield location, and having Black Diamond Building and Construction as the landlord and builder, meant they looked after the complete design and construct of the project and there was flexibility with what we could create to suit our needs,” he said.

“We also feel that Yatala in an  up-and-coming area that is attractive to be part of, and enables us to be positioned between the Gold Coast and Brisbane.”

There will be roughly 15 staff on-site, however there is enough room for up to 20 if need be. As well as having ample space to grow, we have lost little in the way of adjusting our customers or staff to the new location, having only moved up the road.”

Mr Passalacqua said $70,000 had been spent on modifying the workshop.

The Grundfos Australia tenancy follows $52 million in land sales during the past year at Empire Industrial Estate. The Yatala site will host 550,000sq m space under cover once completed.

It’s being rolled out on a 127ha site with frontage to Peachy Rd.