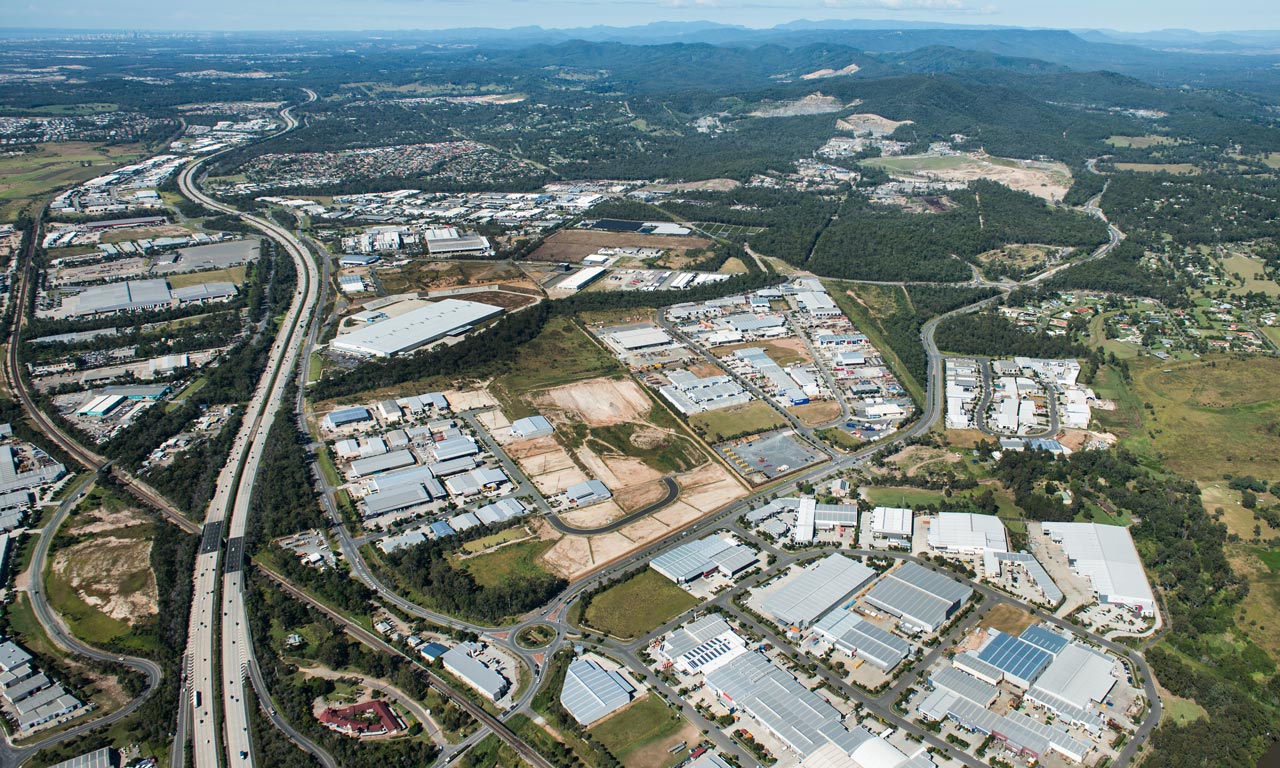 The Yatala Enterprise Area (YEA) is the industrial engine room of the Gold Coast witlJ. the capacity to employ 40,000 people; and with the announcement of the Empire Industrial Estate, it’s about to get even bigger.

The new 127 hectare industrial hub is projected to inject $1 billion into the Gold Coast economy over the next 10 years.

The largest industrial project on the Gold Coast and one of the largest in Queensland, The Empire Industrial Estate will ultimately comprise approximately 250 buildings and provide up to 5000 new jobs, according to its creators, The Stephens Group.

The first stage is already completed and houses a purpose built 60,000 square metre warehouse owned by Caterpillar Logistics Inc on a 20 hectare site. The Caterpillar Distribution Centre is valued at approximately $80 million.

The Stephens Group’s managing director, Tony Stephens, said the official launch of the Empire Industrial Estate was the realisation of a vision and a
dream that the family company has had since the early 1980’s when his father, Tony, first purchased part of the site.

“We are committed to creating a state-of-the-art, industrial hub with architecturally designed buildings, a green space conservation corridor and
leading edge planning and infrastructure ,” he said.

“The Gold Coast is largely known for its tourism sector, the theme parks, the Hinterland and high rises, but our economy is much more diverse than that
and Empire Industrial Estate is prime example of what our city’s potential really is.

“With our strategic location close to the M1 motorway and between the Brisbane CBD and the Gold Coast city’s heart we are in the ideal position to attract businesses nationally,” he said.

He said Caterpillar completed its warehouse in 2013 and Cope Sensitive Freight was currently constructing a distribution centre on a 3.6 hectare site in stage two of the Empire Industrial Estate.

Cope is Australia’s largest independent specialist sensitive freight carrier and its YEA centre will create hundreds of jobs when fully developed.
Mr Stephens said the vision for Empire Industrial Estate was to see it completed within 10 years. There are currently 113 lots in the 10 stage master plan. He said the rates per square metre for current sites range between $200and $335.

“We are speaking to a range of companies nationally that want to establish a base in south east Queensland and we are totally committed to creating an industrial hub that is one of the best in the country,” he said.

“We have got off to a solid start, but the dream is to see this estate evolve into an asset that the entire city can be proud of and reap economic benefits from.

“The Stephens Group is committed to excellence in everything we do and our team is excited to be involved in making the vision a reality.”